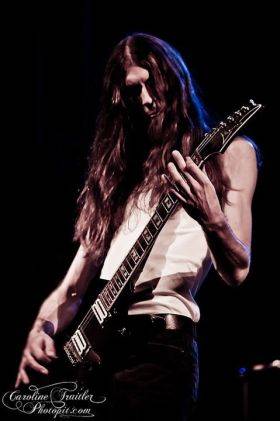 Roger is a very active musician. He's been involved in such projects as:

The clarity of the sound in the Stomp-Head 4.High Gain is just amazing. It stays distinct no matter how much you crank up the distorsion. It brings more than enough power for the larger festival stages too. And the portability, of course, is unparallelled.

The Vechoor has this old school feel to it, but with a new level of controlability, on account of the detune and enhancer knobs. From warm and smooth to completely crazy. It doesn't steal any signal or sound like you're frying bacon when you turn it on either, which so many other modulation pedals out there do.

The Zebu is simply the best of both worlds when it comes to reverb and delay pedals. To be able to blend them both as you please is just beautiful.

Sold out
Sold out