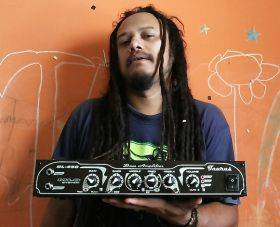 Born and brought up in Guwahati, Assam, India. He got introduced to music at an early age by his parents, took some time to figure out the instrument which was the closest to his heart. By the age of eighteen he started playing Bass guitar. Played with bands at various venues for over a decade and in 2006 He moved to Mumbai, from then he has playing live with the following Artists :

He has been also been working with Music Directors on more than 20 movies, Television and Dj's .