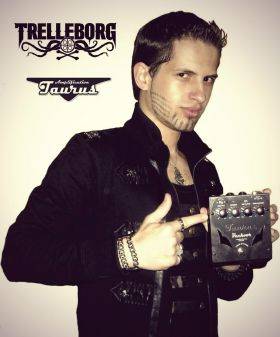 Debut album "Lands Of Njord", that is mastered by Mika Jussila (Nightwish, Children Of Bodom, Amorphis and many more) at Finnvox Studios (Helsinki, Finland), released wordlwide in 2010 by 3 labels and have a lot of laudatory reviews in the world press.

Single "In The Name Of Love" is mixed by famous finnish soundproducer Hiili Hiilesmaa (Him, 69 Eyes, Moonspell, Apocalyptica, Amorphis etc). Albums produced by Hiili Hiilesmaa have sold over three million copies worldwide. The release is mastered by Mika Jussila.

On 10 July 2012 Versailles Records (USA) has released "No More Tears: A Millennium Tribute To Ozzy Osbourne - 1971-2012" features rock and metal superstars like current and former members of Motley Crue, Kiss, Alice Cooper band, Megadeth, Black Sabbath and etc., and many of the hottest rock and metal bands on the rise from around the globe covering Ozzy’s songs. Trelleborg performed Ozzy’s “Let Me Hear You Scream”.

As a sound engineer Kirill works in Koda Studio and Silence Records Company.